DN DEBATT 25/4. ENGLISH VERSION. In the same way that Sweden became a pioneer in terms of gender equality and sustainability, we can become it when it comes to human maturity and wisdom. Life-long learning or ”adult development”, as the researchers call it, creates the conditions for the individual to address the accelerating complexity of the world and our societies, writes 12 representatives for academia, business and organizations.

The human being is a peculiar species. In a few thousand years, we have built up complex civilizations and at the same time created the conditions to support nearly eight billion individuals, created welfare for many (but not all) and formed a network of institutions responsible for education, order, income distribution, health, etc.

But the development also entails risks in the form of environmental degradation, weapons of mass destruction, new pandemics, certain forms of artificial intelligence, etc. Hence, man has great power, but also a great responsibility, not only for this and future generations, but also for all other life forms we share planet with. In 2015, Agenda 2030 was adopted by the UN in order to create sustainable development and prosperity for all.

The complex challenges we as humanity face are not solely up to a few leaders to solve, but concern all people who in their everyday lives can contribute to maintaining a functioning society in constant change in different ways.

So then, what does it take for the scale to tip over in favor of the positive in the human development?

The Bible, as ancient philosophers, referred to it as wisdom. Later philosophers and psychoanalysts talked about the individualization process. Modern psychologists from e.g. Harvard University, such as Robert Kegan and Susanne Cook-Greuter, speaks in terms of ”adult development”. Over time, these issues have evolved into an established research area.

The theories in this research area have in common the perception that people have the potential to develop, not only during childhood, but throughout their life-span. Individuals can grow, develop skills and strengthen their inner resources, such as perspective-taking, complex thinking, reflective judgment and maturing in terms of an increasing self-awareness. This development entails an increasing capacity for independent thinking as well as an identification and a responsibility for, not only oneself and one’s immediate environment, but also in a wider context.

Supporting such lifelong development for all individuals is becoming increasingly important as society's complexity and challenges grow and become increasingly global. For example, often we are talking about poor leadership or employees with difficulties in collaborating, but in many cases the explanation is lack of maturity or internal resources of the individual to handle the task at hand and one’s life situation.

Given this perspective and direction, can the development of individuals be supported in a systematic way?

Increasingly, organizations in Sweden equip their managers and employees to work with their inner world. Both ACT, or the third-wave CBT, as well as mindfulness, support the idea that individuals who become more aware of their personal values, thoughts and feelings become better at dealing with complex environments. Those who work with adult development mean that wisdom is a long-term process where major personal transformations can take place even later in life and take several years. This requires a systematic and long-term effort to promote individuals' continued maturity development.

There are many different arenas in life that are relevant to reach and try to develop the individual, but we clearly spend a large part of our time at the workplace. It is at work that we have repeated opportunities to meet new perspectives, be challenged, get feedback and take responsibility on various issues. Supporting personal development should therefore be addressed by companies, the public sector as well as civil society as a whole, and not just in the education system that most people leave early in their lives.

In our opinion, the individual's development is an important issue for society as a whole. If we succeed in making progress in increasing human maturity, we will strengthen democracy, increase our chances of achieving global goals and at the same time avoid many major risks that we face as humanity.

1 That an adult development perspective is raised in society in general, in the same way that we address issues of gender equality and sustainability.

2 That organizations consciously and systematically supports not only leaders and selected talents, but also the personal maturity and development of all employees.

3 That more resources are invested in research on adult development, for example on theory development, methods and intervention studies i.e. which efforts have the best effect.

It is important for us to emphasize that what we strive for needs to build on a solid scientific basis. Although it is difficult to give a general recipe for how to support a positive development, a scientific focus in this area can provide increased knowledge and contribute to the development of an increasingly functional approach at both individual and societal level.

For many, a continuous personal development is something natural while society's need for mature individuals has become greater than ever before. In the same way that Sweden is a pioneer in terms of gender equality and sustainability, our country can become a source of inspiration in matters concerning wisdom and personal maturity. Let's seize this opportunity and let's do it together, before it's too late. 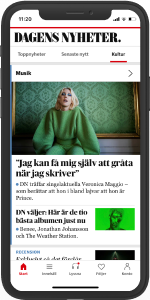